The benefits of expeditions on students’ mental health 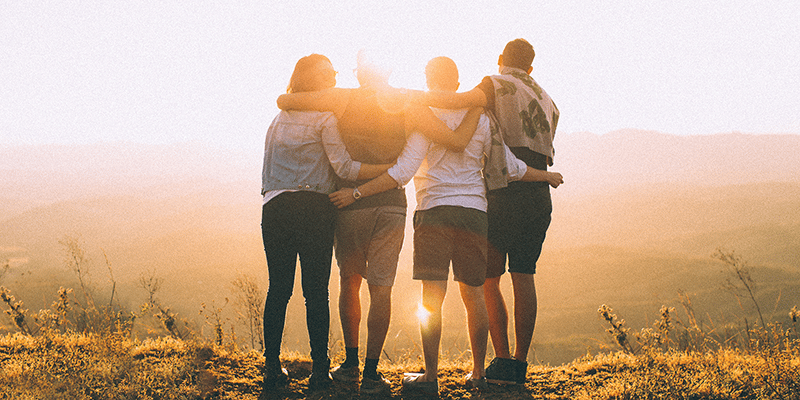 There’s never been a better time to seek a remedy for students’ mental health. Young people’s happiness and confidence are at an all-time low, according to The Prince’s Trust, with almost half of them (48%) reporting experiencing a mental health problem. Expeditions give students the perfect opportunity to start fresh, gain a new perspective, make new friends, and improve their mental fortitude, ready for whatever life brings.

Someone who knows all too well about that is Stu Skinner, Director of the mental health charity Changing Horizons. As a teenager, Stu experienced a trauma that led to a downward spiral, eventually resulting in a diagnosis of PTSD, anxiety and depression.

Stu’s road to recovery began with a 4,500-mile cycle through Asia – an overseas trip that had a lasting impact. “Every day presented something new. I pushed myself further and harder than I thought was possible,” he says. “On that cycle through Asia, I found passion and joy; but most importantly, I found my purpose and identity. I found a reason to live again and created a new identity for myself.”

Stu – who went on to attain his mountain leader award in Belize and became a certified bush instructor – says: “I wanted to normalise conversations about mental health and show that it was OK to do these things even with a mental health challenge.”

Stu now facilitates first aid mental health training for World Challenge leaders. In 2017, World Challenge made mental health first aid training compulsory for expedition leaders, seeing it as an essential part of the leaders’ toolkit alongside physical first aid training. Stuart Morris, Global Operations and Product Director of World Challenge says: “Over the years we have seen an increase in the number of travellers who are living with mental health challenges, some more complex than others. Some of our trips are in remote parts of the world, where having leaders who understand and can help support individuals is essential in ensuring a positive, developmental experience.”

A mental health first aid training course equips leaders with the confidence to have conversations to help and support young people with their mental health. Student challenges range from anxiety disorders to mild or moderate depression. There can even be anxiety surrounding food, toilet hygiene or becoming sick on an expedition. Trip leaders are taught how to navigate these challenges. “It’s about education and leading from the front,” Stu says. “For instance, as a trip leader, I’ll make sure I eat the same food myself. Previously, people with mental health challenges may have been excluded from things like expeditions. But with the right support in place, we create an environment where they feel supported and can get the best out of a trip.”

One of the benefits of an overseas trip is that all students arrive with a clean slate. “When you’re thrown together on an expedition, it doesn’t matter what maths set you’re in or whether you got into the school football/soccer team. On an expedition, everyone joins as equals,” Stu says. “There’s a Russian expression ‘tabula rasa’, which means ‘clean slate’. It’s exactly that on an expedition.” For Stu, recovery is about using this clean slate to find your identity and become someone new. He says: “People can become the person they want to be, not the person they think they are.”

Part of this recovery is also down to the physical aspect of expeditions. Pushing your boundaries – both physical and mental – and working as a team has far-reaching benefits.

Stu says: “On expeditions, students push themselves harder and further than they thought possible. They break what they thought was their limit. Things they wanted to achieve become more attainable. That’s the most inspiring part of being an expedition leader – when you see someone pick themselves up after being down.”

There are many stories of transformation on expeditions. On one World Challenge trip to Ecuador, one of the participants, Sophie Brown, gained the confidence to become the first female footgolf champion. “She puts it down to that four-week expedition,” Stu says. On another trip, a student arrived wanting to join the army and left wanting to be a peacekeeper. “I’ve also seen people heal from grief on expeditions,” Stu says. “We had a guy who was at a low point and feeling very alone after his mother died. He found family on that trip with his fellow participants. His Spanish was also so good that he became like our translator – gaining confidence and flourishing in this role. The transformation was mind-blowingly powerful.”

Going on an overseas trip may not be a lasting, miracle cure for mental health challenges – but it’s a good place to start. “These expeditions give young people memories to return home with and carry through life,” Stu says. “They think: ‘if I can climb Kilimanjaro aged 16 then I can do this’. These trips open doors and expand young people’s horizons. They help young people to be more accepting and resilient – and better able to face life’s challenges.”